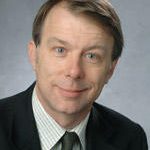 Rick Pluta has been covering Michigan’s Capitol, government, and politics since 1987. His journalism background includes stints with UPI, The Elizabeth (NJ) Daily Journal, The (Pontiac, MI) Oakland Press, and WJR. He is also a lifelong public radio listener.

Rick was one of the first Michigan political reporters to write about “pay-to-play” fundraising, and the controversies surrounding recognition of same-sex relationships. He broke the news that Gov. John Engler was planning a huge juvenile justice overhaul that included adult-time-for-adult-crime sentencing, and has continued to report since then on the effects of that policy decision.

Rick is fascinated by the game of politics, and the grand plans and human foibles that go into policy-making. You will never find him ice-fishing.