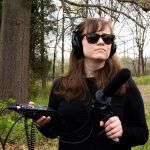 Lauren returned to Michigan Radio in March 2017 nearly a decade after her first internship as a newsroom intern. From 2011 to 2017, Lauren worked at a PBS member station in Washington, D.C. She was a producer for the public television program Religion & Ethics Newsweekly, a weekly show about world religion.

Lauren graduated from Michigan State University with degrees in Journalism and Spanish.

An Ann Arbor native, Lauren is happy to be back in the city where she was raised. Outside of work, she enjoys spending time in nature, sewing, cooking, and playing with her cat Dolly and her hound/lab mix, Rufus.