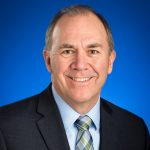 Steve Schram currently serves as a Director on several boards for national and regional organizations in the public media industry, including the Michigan Association of Public Broadcasters, Public Radio in Mid America and Greater Public. He is a graduate of Leadership Detroit and a current member and past Director of the Ann Arbor Rotary Club.