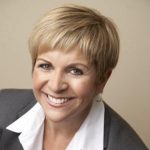 Cynthia Canty was the host of Stateside since the weekday show began in 2012. She retired in 2019.

A lifelong resident of metro Detroit, she was on television and radio in Southeast Michigan since 1979.

She has served as a popular radio host, television news anchor, producer, and as a general assignment, medical, and consumer reporter.

Throughout the 1990s, she was on WKBD-TV in the roles of news anchor, reporter and public affairs host & producer.

Her reporting and writing have earned her many awards, including an Emmy and honors from the Michigan Association of Broadcasters, the Associated Press and the Detroit Press Club.