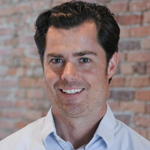 Dustin Dwyer reports enterprise and long-form stories from Michigan Radio’s West Michigan bureau. He was a fellow in the class of 2018 at the Nieman Foundation for Journalism at Harvard. He’s been with Michigan Radio since 2004, when he started as an intern in the newsroom. He left the station in 2010-2011 to be a stay at home dad, and returned to be part of the Changing Gears project, a collaboration between Michigan Radio, Ideastream in Cleveland and WBEZ in Chicago. From 2012 – 2017, he was part of the team for State of Opportunity, and produced several radio documentaries on kids and families in Michigan. He lives in Grand Rapids with his wife and three kids.