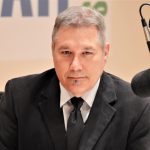 He has been a journalist since 1985. Graham has served as a board member of the Public Radio News Directors Inc., and also served as President of the Illinois News Broadcasters Association. He is a member of the Radio-Television Digital News Association (RTDNA), Society of Professional Journalists and other professional groups.

Lester has received 15 first place national awards for journalism excellence and scores more at the national, regional, and state levels.