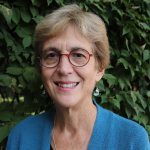 Virginia Gordan has been a part-time reporter at Michigan Radio since fall 2013. She has a general beat covering news topics from across the state.

Virginia loves the state of Michigan and especially enjoys exploring its lakes (including the Great ones) as often as possible.