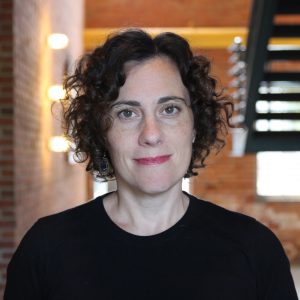 Jennifer was executive producer of Michigan Radio’s Peabody award-winning podcast Believed, and is currently developing new podcasts for the station. She was a 2018 Knight-Wallace journalism fellow at the University of Michigan. She’s been with Michigan Radio since 2005, where she started as an on-air host and arts reporter. She then covered poverty and education in metro Detroit for five years as part of the station’s State of Opportunity team.

The Detroit chapter of the Society for Professional Journalists named her “Young Journalist of the Year” in 2008, and her stories have been featured on NPR, Marketplace and Studio 360.

Jennifer got her start in radio as a producer at WFUV in the Bronx. She and her husband live in Ann Arbor with their two hilarious kids.